NORTHERN DIOCESE
OCTOBER 2020
A New Presbyter for The Northern Diocese
​The 5th October was a special day in the story of St Augustine’s congregation. On that day Bishop John travelled to the Isle of Man to ordain Sir Laurence New, as a Presbyter in the Church of God.

Laurence has a long preaching ministry behind him and was licensed an FCE Reader at the beginning of this year. The congregation unanimously signed a petition requesting his ordination.

The Isle of Man is currently Covid-free, so special permission for the ordination to take place had to be obtained from the Isle of Man Government according to agreed procedures in a facility at the harbour. Following his ordination, Laurence and his wife Anna are having to quarantine for fourteen days.

Although most of the congregation was not able to be present, Bishop John had preached to them the day before on the topics specified in the Prayer Book rubric: ‘ a Sermon or Exhortation, declaring the duty and office of such as come to be admitted Presbyters; how necessary that Ministry is in the Church of Christ; and also how the people ought to esteem them in their office.’

Once his period of quarantine is ended, Laurence will be able to preside at the Eucharist and the congregation will be able to receive Holy Communion for the first time since February. The ordination is an answer to much prayer. 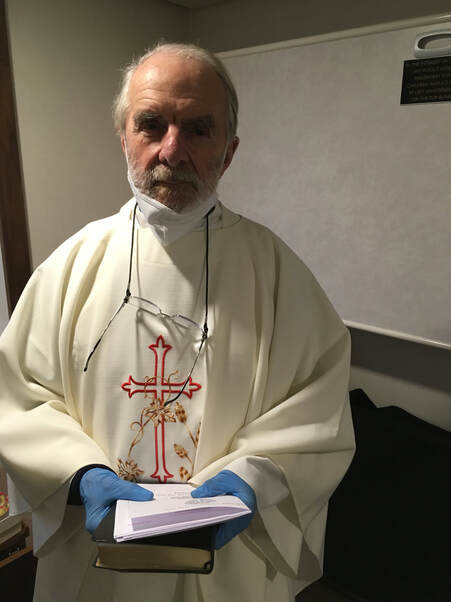 Sir Laurence New
MAY 2020
Ascension Day Eucharist
​Bishop John Fenwick, Primus of the FCE leads the Ascension Day Eucharist.
​
APRIL 2020
Good Friday Worship
​Bishop John has recorded a devotional service.  You can find links to the hymns below.
​
​When a hymn is announced, pause the service by clicking on the screen, then follow the Link to the hymn. When the hymn is finished, close that screen so that you can return to the service.
​

After prayer, the opening session began, as usual with a roundup of news from the parishes so those present were aware of each other’s situations and could support with advice and prayer.

A major section of the Conference was concerned with church planting. We had begun the journey to become a church planting Diocese with Canon Dan Alger from Always Forward (ACNA) last October. Dan had received a report of our activities since and sent a number of observations and comments which the conference discussed.

There was then a paper and discussion on the topic ‘What are we planting?’ which opened up a lively discussion on the identity of the congregations we are seeking to plant. (You can see the categories of ‘Gospel-centred, Sacramental, Missional, Anglican Churches’ on the flipchart in the photo!)

One session was given over to Mrs Cathy Jacobs, the newly arrived and commissioned SAMS missionary who introduced her work regarding passing on the legacy of faith to grandchildren.

Bishop John updated the conference on national and international developments in GAFCON and elsewhere.
The closing session was devoted to a discussion of options and strategies in relation to the spreading coronavirus pandemic.

During the conference there was a visit from PC Paul Pountain and DC Tim Fryer, of the Lancashire branch of the Christian Police Association. They shared details of the stresses and threats to faith faced by policemen and women in the course of their duties and the various ministries by which the CPA seeks to help. It was a salutary introduction to an area of Christian living and witnessing that most of us seldom think about.
​
The next residential Clergy Conference is scheduled for October.

Cathy is an accredited missionary of the Society of Anglican Missionaries and Senders (SAMS),  society of the Anglican Church in North America. She is a member of the Diocese of South Carolina which left the Episcopal Church in 2017 and joined the ACNA.

In recent years Cathy has developed a ministry helping grandparents pass on the faith to their grandchildren. Her book Pass the Legacy: 7 Keys for Grandparents Making a Difference can be bought online.

The intention had been for Cathy to be based at St David’s Preston and to visit other parishes in the Northern Diocese. However, no sooner had she started to settle in, when the coronavirus pandemic intervened and SAMS advised all its missionaries to return home.

Cathy is therefore now back in South Carolina (quarantined!) but, having seen a little of the FCE on the ground, is working on a strategy for when she is able to return. We remember Cathy in our prayers and hope it will not be too long before she is back among us.

FEBRUARY 2020
On 23rd February Bishop John chaired the Inaugural Congregational Meeting of St Augustine’s, Douglas on the Isle of Man.
​
The previous evening he had met with the Management Committee who will now form the Church Council. On the Sunday morning Bishop John presided at the Eucharist and preached on the importance of the Transfiguration for understanding the congregation’s mission on the island – namely to enable others to catch a glimpse of the glory of our Lord Jesus Christ.

During the course of the service Bishop John licensed Sir Laurence New as a Reader. Sir Laurence had served as a Reader in the Church of England for over forty years. Now, having completed his FCE Reader’s papers, he exercises this important ministry in St Augustine’s.

After the Eucharist there was a congregational lunch. This was followed by the Inaugural Congregational Meeting. Reports and accounts were presented and the first generation of officers – Churchwardens, Delegate, Treasurer and Clerk elected. The meeting also adopted Safeguarding procedures which satisfy the requirements of Manx law as well as of the FCE. Quotas were paid.

St Augustine’s had existed as an independent Anglican congregation on the Isle of Man for approximately four years. It currently meets for worship in the Jim Crosbie Memorial Hall, Junction of Park Road and Derby Road, Douglas, IM2 3EN.

The congregation comprises about thirty adults and ten children.

Bishop John had previously visited the congregation, presided at the Eucharist and preached. He had also had meetings with the Management Committee and the wider congregation. The decision to join the Free Church of England was unanimous.
​
On receiving the congregation Bishop John said, ‘It is a joy to welcome the people of St Augustine’s into the Northern Diocese. I hope that they will very quickly feel at home. I am sure that they will be a great blessing to the Free Church of England and I look forward to working with them as they work out the next stages of their witness and mission.’
​
DECEMBER 2019
90th Birthday at Morecambe
​On the 15th December Mrs Lis Fenwick presented a floral display to Mrs Betty McLean on behalf of the Diocesan Ladies Fellowship to mark her  upcoming 90th birthday.

Betty has been a lifelong member of the Free Church of England. Her baptism was performed by Bishop Frank Vaughan following his return from visiting the Canadian parishes of the FCE which were then under his jurisdiction (they now form part of the Reformed Episcopal Church in North America). She has served the church in many capacities, not least that of organist at Emmanuel for many years. Through her marriage she brought John McLean into the Free Church of England. John was successively Churchwarden at Emmanuel, then Minister, then Bishop of the Northern Diocese and Primus.

The presentation was made at the end of the service of Lessons and Carols. The congregation then shared a birthday cake prepared by Mrs Lisa Mann, wife of the new Minister of Emmanuel Church.
​
NOVEMBER 2019
Church Planting Planning Meeting
The Diocesan clergy met at Holy Trinity, Oswaldtwistle, on 18th November for a church planting planning meeting as a follow-up to the Swarthmoor Hall conference.

Replies to the Diocesan Systems Inspection forms supplied by Always Forward were collated and the results discussed.
From them a number of priorities were identified and tasks allocated.
​
The Bishop has appointed the Revd Anthony Roberts Diocesan Church Planting Coordinator.
​

Songs of Praise
​The BBC's Songs of Praise programme on 20th October featured a clip of Impact Community Church - our Associate Congregation worshipping in the former St James', Hollinwood.

The theme of the programme was homelessness and Lee Marsland of Impact was interviewed talking about his own experience of homelessness and how he and others were now ministering to those living on the streets today.

The FCE didn't get a mention as such, but as a Diocese we can be proud that one of our congregations has merited this attention.
ACNA Church Planting Canon trains Northern Diocesan Clergy
The clergy of the Northern Diocese (plus a few others) met for a residential conference on church planting from 30th September to 2nd October at Swarthmoor Hall, Ulverston, Cumbria.

The sessions were led by the Revd Canon Dan Alger, Canon for Church Planting for the Anglican Church in North America.
Over the 48 hours of the conference Canon Alger took the clergy through the fundamentals of church planting, then helped them decide on the next steps. These include a day meeting in November to begin to firm up some of the issues raised at the conference, to be followed by a further residential conference in March which will consider in detail what recommendations to make to Diocesan Synod and eventually to Convocation. The aim is to bring church planting into the mainstream of the life of the Diocese and wider Free Church of England.

To ensure that any initiatives are rooted in prayer, prayer cards have been printed for every member of the Northern Diocese to enable them to structure their daily private prayers. Every church member is also being given a prayer bookmark ‘Praying for Church Planting’, setting out the vision, goals and strategy, and providing some wide-ranging prayer material.

As one of the first steps to becoming a church planting Diocese, the Northern clergy identified a number of places in which they and members of their congregations will be in prayer about: Harrogate, Leeds, Newcastle, York, Ulverston, Carlisle, Mallaig, Durham, Liverpool and Manchester.
​
The partnership is one of the fruits of the ACNA’s pledge to work together with us for the proclamation of the Good News of Jesus Christ and the making of his disciples throughout the world. Always Forward, the church planting arm of the ACNA, will be keeping in regular contact with the Northern clergy and it is anticipated that Canon Alger will attend next autumn’s Clergy Conference to monitor progress and give advice about the next steps. 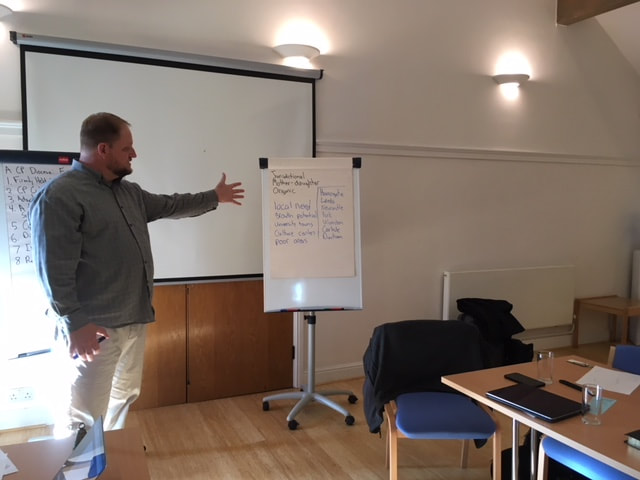 Cathy Jacobs is from St. Paul’s Anglican Church in Summerville in South Carolina. She will be partnering with the Free Church of England between
1st March and 24th April 2020 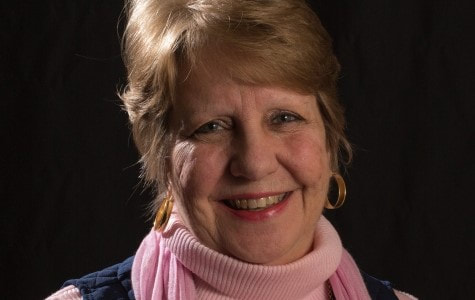 Cathy Jacobs
Acclaimed Author of  ‘PASS THE LEGACY: 7 Keys for Grandparents Making a Difference’
Many seniors desire to be godly grandparents of their families. They simply do not know how. As you listen to Cathy, you will be empowered to live into the utmost calling God has on your life: to pass a legacy of faith in Jesus Christ to your grandchildren. What an awesome calling!
Cathy is available for Speaking engagements throughout the UK
Contact Revd Tom de Lacey  07817 965850 for bookings